Hello Cocoa Vanilla family and welcome back to another blog post!

I am so excited to be playing with Midnight again for this one. I’ve been playing around with using one of the premodern cut-file backgrounds but I never really took the leap because they’re so beautiful and I was afraid I would ruin it. Well, today I decided to throw all that self doubt out the window and make something with that large circle element. 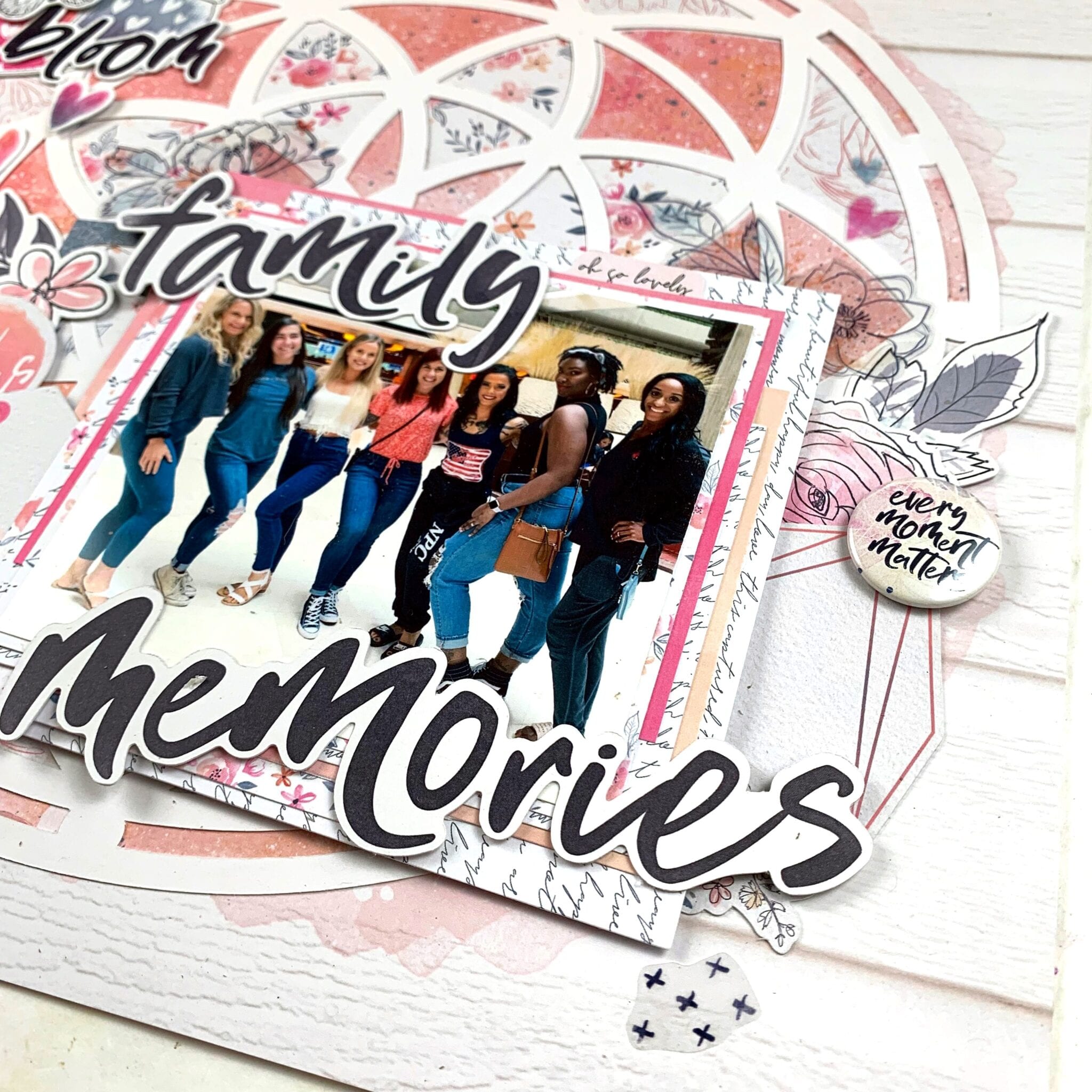 I decided to scrap a photo of my teammates and I. These women have been life changing for me since the day I met them and we really are a family, so this was a perfect photo to work with. I also opted to print it in color instead of in black and white because I knew the soft tones in the Midnight collection would work with all the colors we’re wearing in the photo.
I created a huge photo mat using three papers from the 6×8 patterned paper book, and just layered my photo over and over until I ran out of paper. Then, which is a bit unusual for for, I stuck my title down to my photo. Normally, my title is the last element I put down on a layout but I knew I wanted it directly on the picture so I just went for it. Next, I used a combination of the ephemera pack, cardstock stickers and clear stickers to embellish the space around my photo. I propped my photo up on kid’s fun foam and then stuck the embellishments around it. One of my favorite things to do on a layout that is as soft as this one is to play with dimension, so I love propping some elements on the page higher than others. I think it adds visual interest and texture to the page. Also, combining different textures in the elements used, like mixing cardstock, chipboard, and clear stickers adds interest and fun to the page. 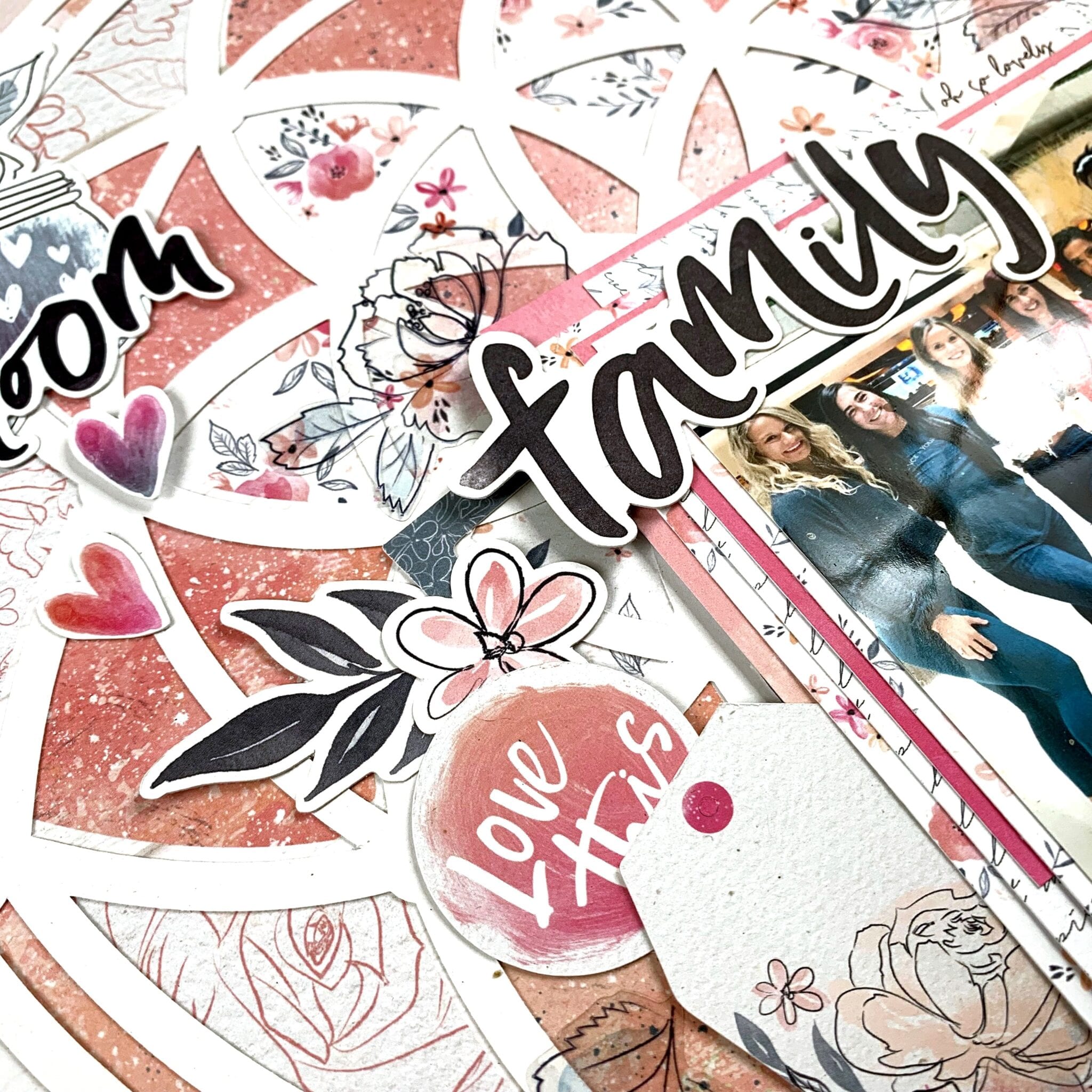 After I created my main element, I decided to make a counterbalance to kind of even the page out. On the opposite corner, I used the same embellishments to create a kind of cluster that just adds a bit more interest to the page. I aimed for a nice diagonal line because that’s my preferred style for pages like this, especially with the large circle element in the background. I finished the layout off with some cardstock and clear heart stickers, propping some up on foam dots and leaving some level on the page. I wanted one more bit of dimension, so I added a flair button to the right side of the layout, played around with adding another, and quit while I was ahead. I’ll never be accused of being a neat and tidy scrapbooker, but I think that’s part of my charm. 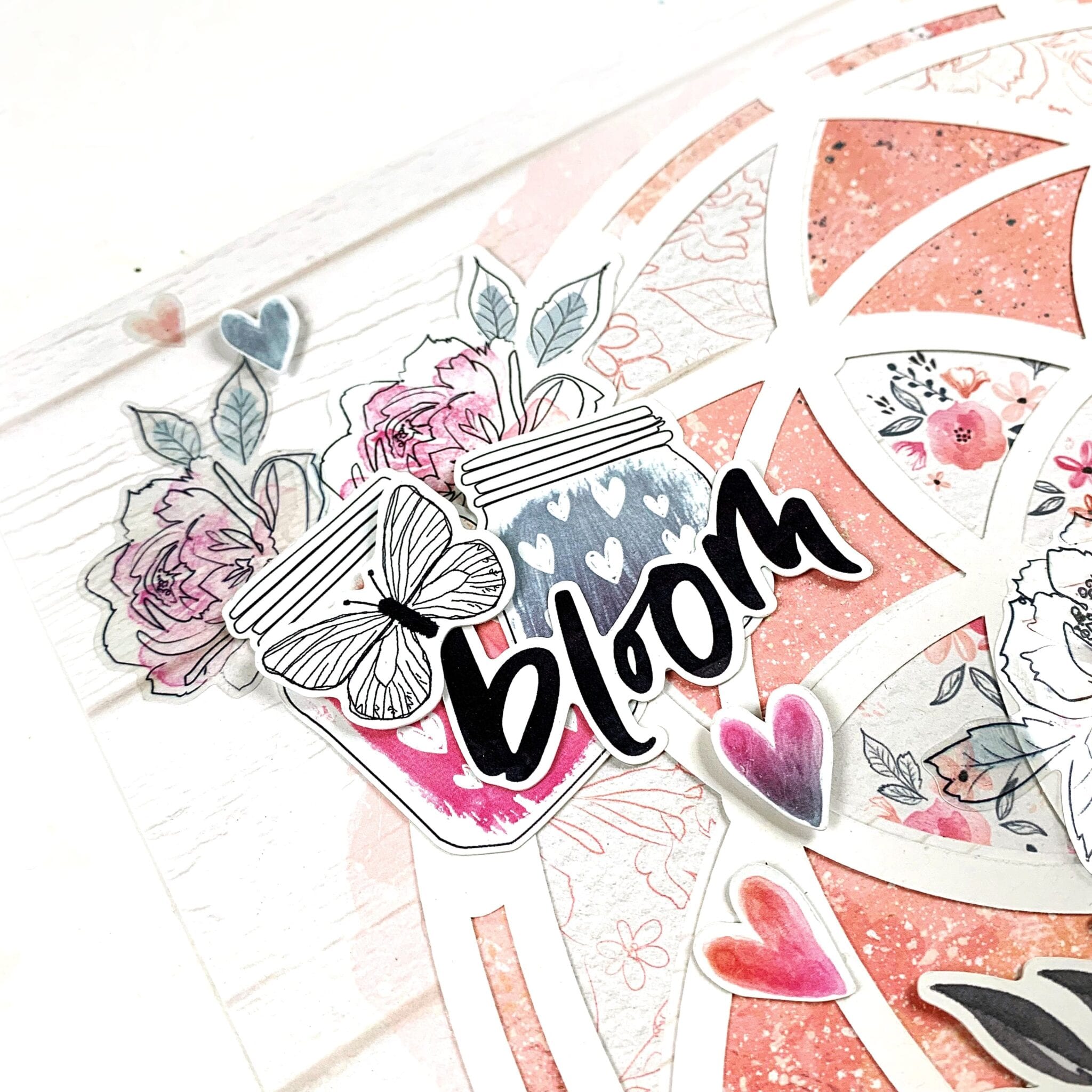 That’s all I have for you today, friends! I hope you found inspiration here to stop hoarding a favored supply, to pull out your patterned paper and photos, and make something fun today. Till next time, keep it crafty friends.