Hello CVS friends, Today I have my take on Debra Beer’s layout that Sue and I chose to scrap lift. Here is Debra’s layout! 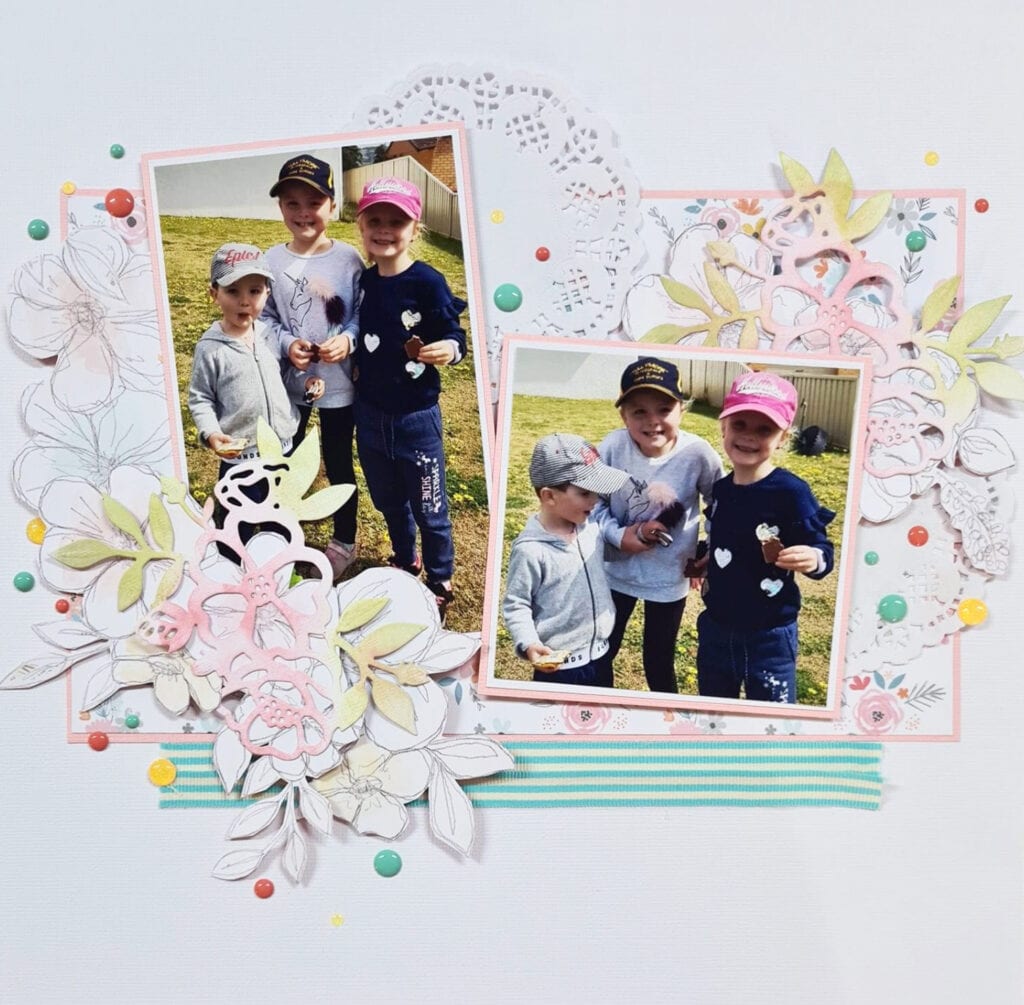 And here is my take using Daydream collection. 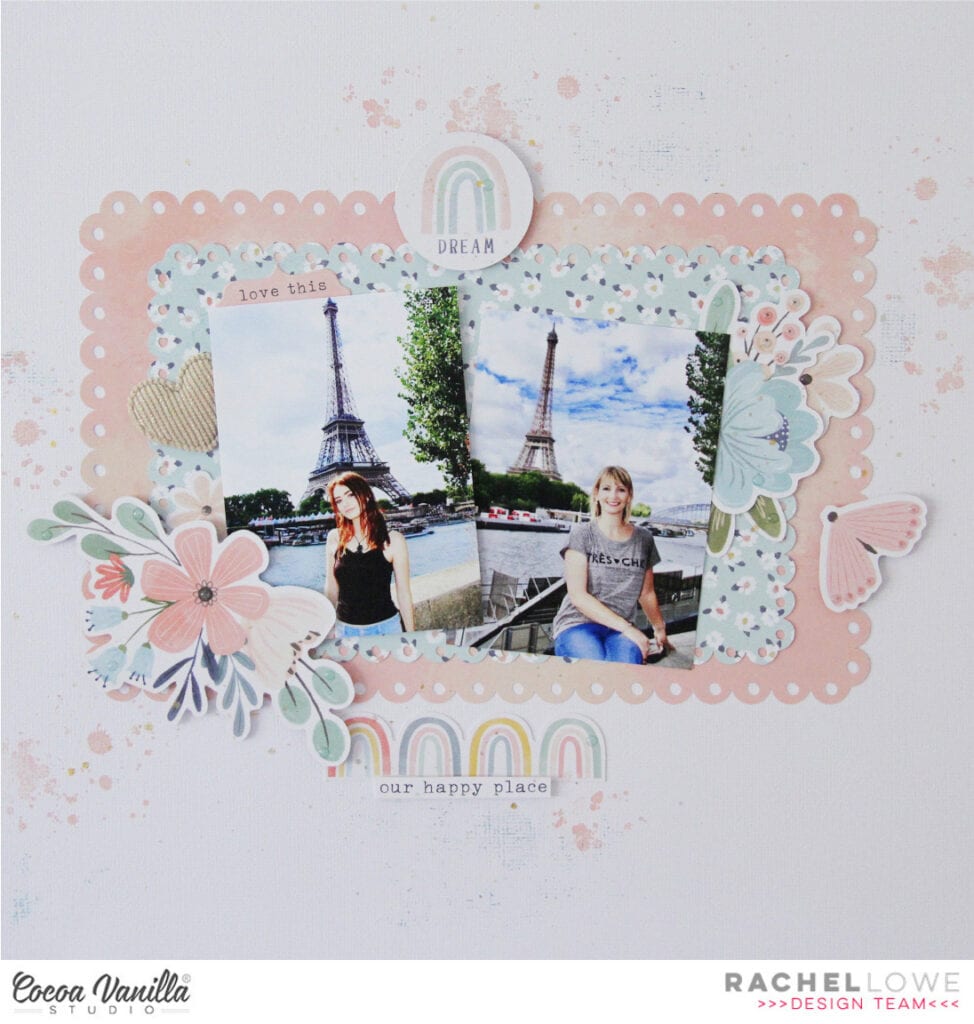 I created two scallop paper strips as the base of my layout, using Stepping Stones and Daisy Days papers (you can either use a hand punch or cut file to do this). I then did a little mixed media (probably as much as I will ever be comfortable in doing!). I used a soft pink and blue as my mixed media colours which coordinate perfectly with the Daydream collection. 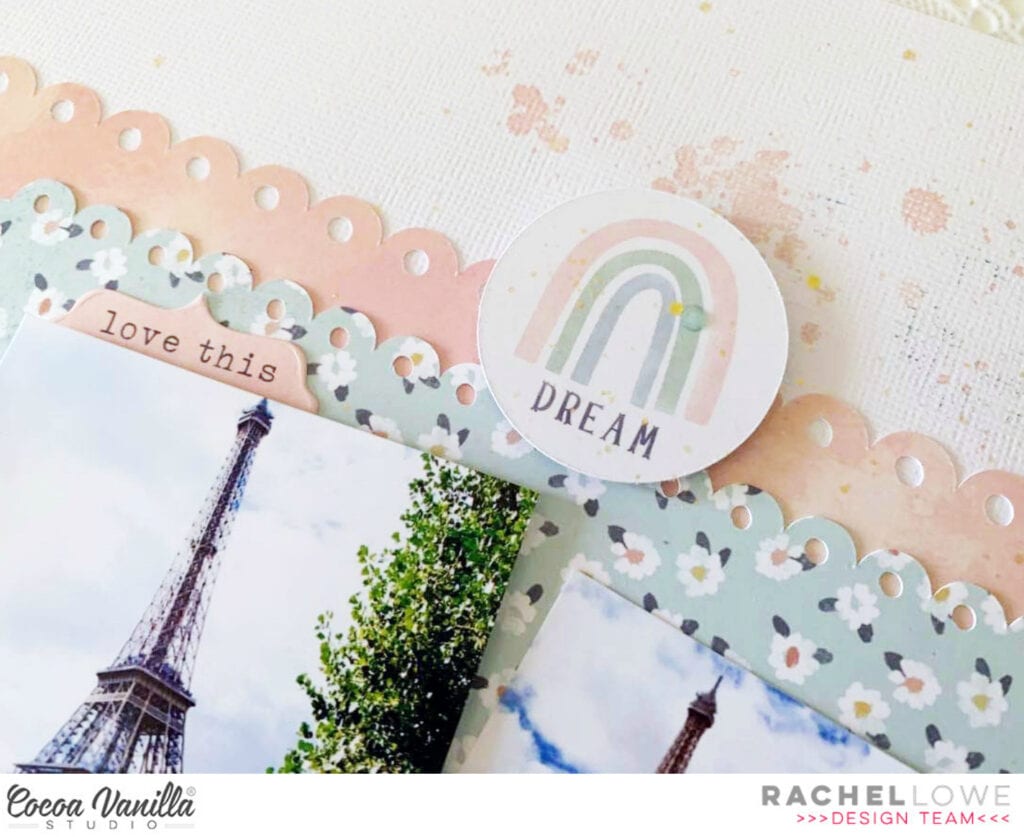 I next added my photos, the photo on the left with foam tape to create a 3D effect and the other photo with double sided tape, but before I firmly press and attach I like the option of being able to add elements under the photo. 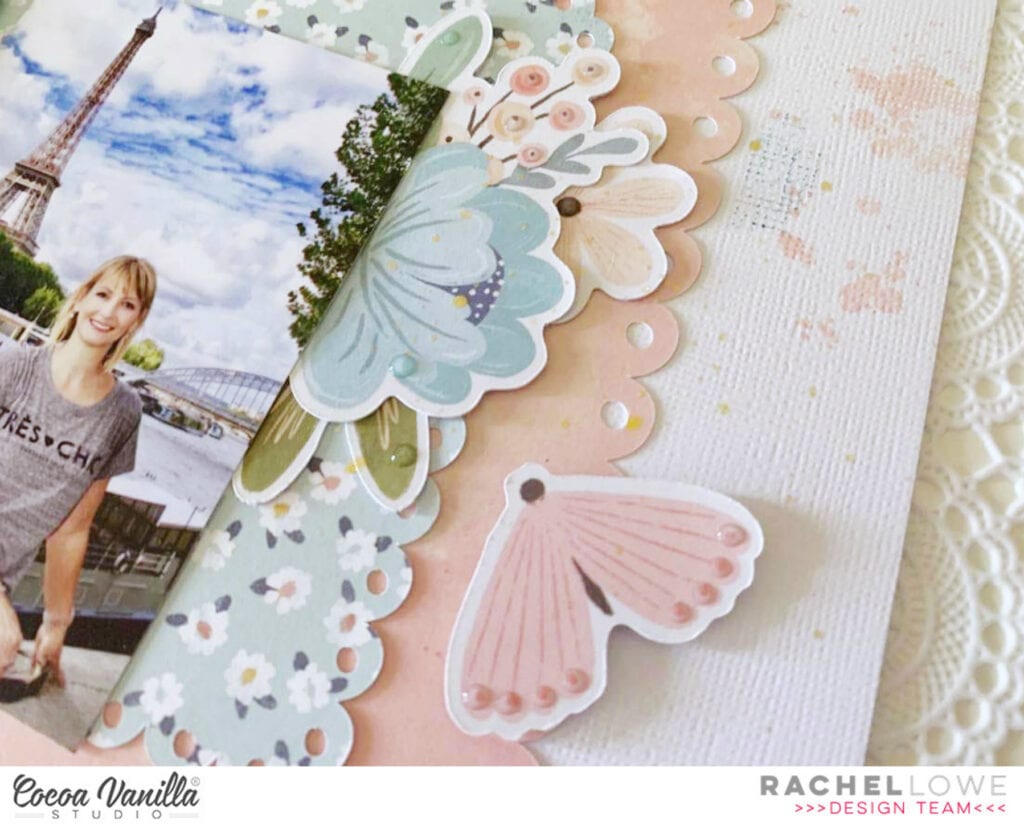 In keeping with Debra’s layout I added die cut ephemera florals under my photo, also adding a moth with foam tape. On the other side I again added another floral bunch and tucked one of the Puffy Hearts slightly behind my photo. 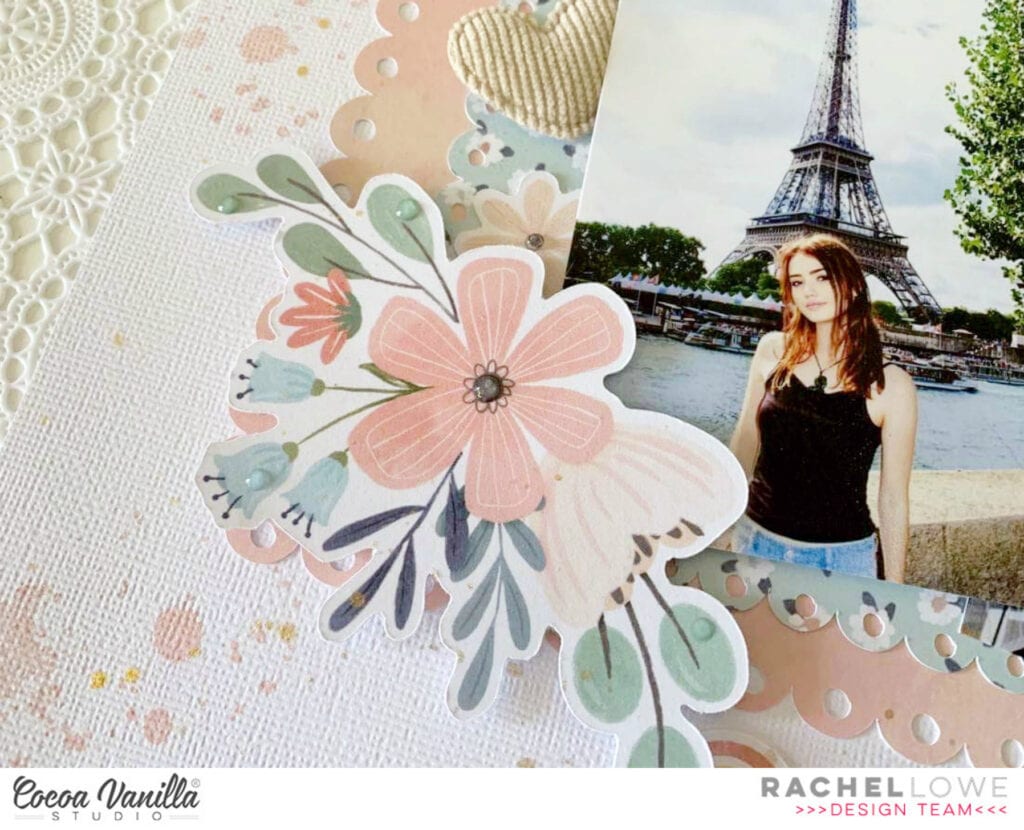 Instead of using wash tape I used a die cut, row of rainbows from the ephemera pack and finished off using a phrase sentiment from the Daydream Accessory Stickers, which is my title. 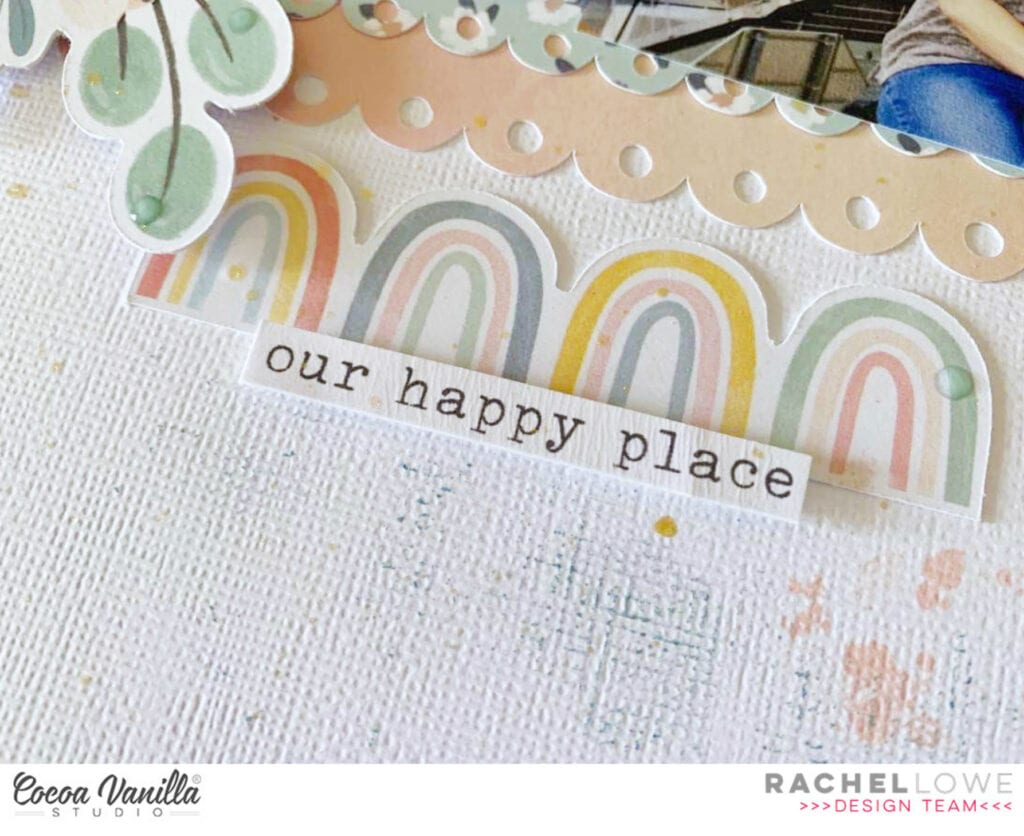 I finished off my layout adding a tab at the top of my left photo and instead of a doily I added a circular die cut instead. I also added some clear NUVO crystal drops on leaves, arches of rainbow and centre of photos to create light and shade. I added a light splatter of gold spray, just because I like gold really!!!

I hope I have done justice to Debra’s layout, Sue and I created quite different takes on this lift but that’s because every scrapper is unique I think! 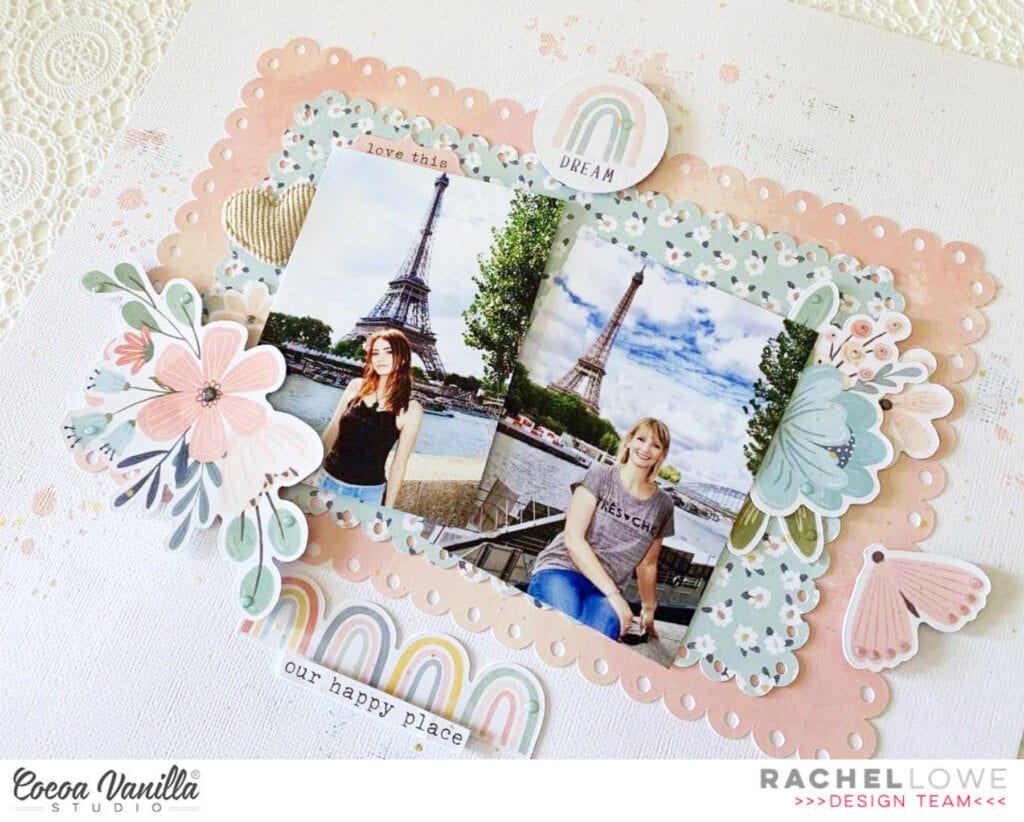 Thank you for stopping by today and later in the month I look forward to sharing my first layout with the new Christmas collection Merry & Bright.