Hello Cocoa Vanilla family, and welcome back to another blog post! For this one, I was really inspired by a recent photo I had taken of our one year old kittens, Minerva and Astoria, and I wanted to make something that felt airy and almost dreamy, as that’s how this photo makes me feel.

Of course, I chose the Midnight collection as it’s almost fairy like with the color palette, loose and open florals, and the images of sprites mixed into the collection. Midnight is easily one of my favorite collections that has launched in a very long time. To start off the layout, I decided to play with something I do with a lot of layouts – I normally cut off piece of the background and add a swatch of color to add some fun and interest. Well, on this layout, I decided to do it in reverse, choosing four patterned papers and distressing them before arranging them on my background. I made the decision to add a swatch of blue to the opposite side since it was such a dark and stark color, and I think adding it to both sides anchors the layout. 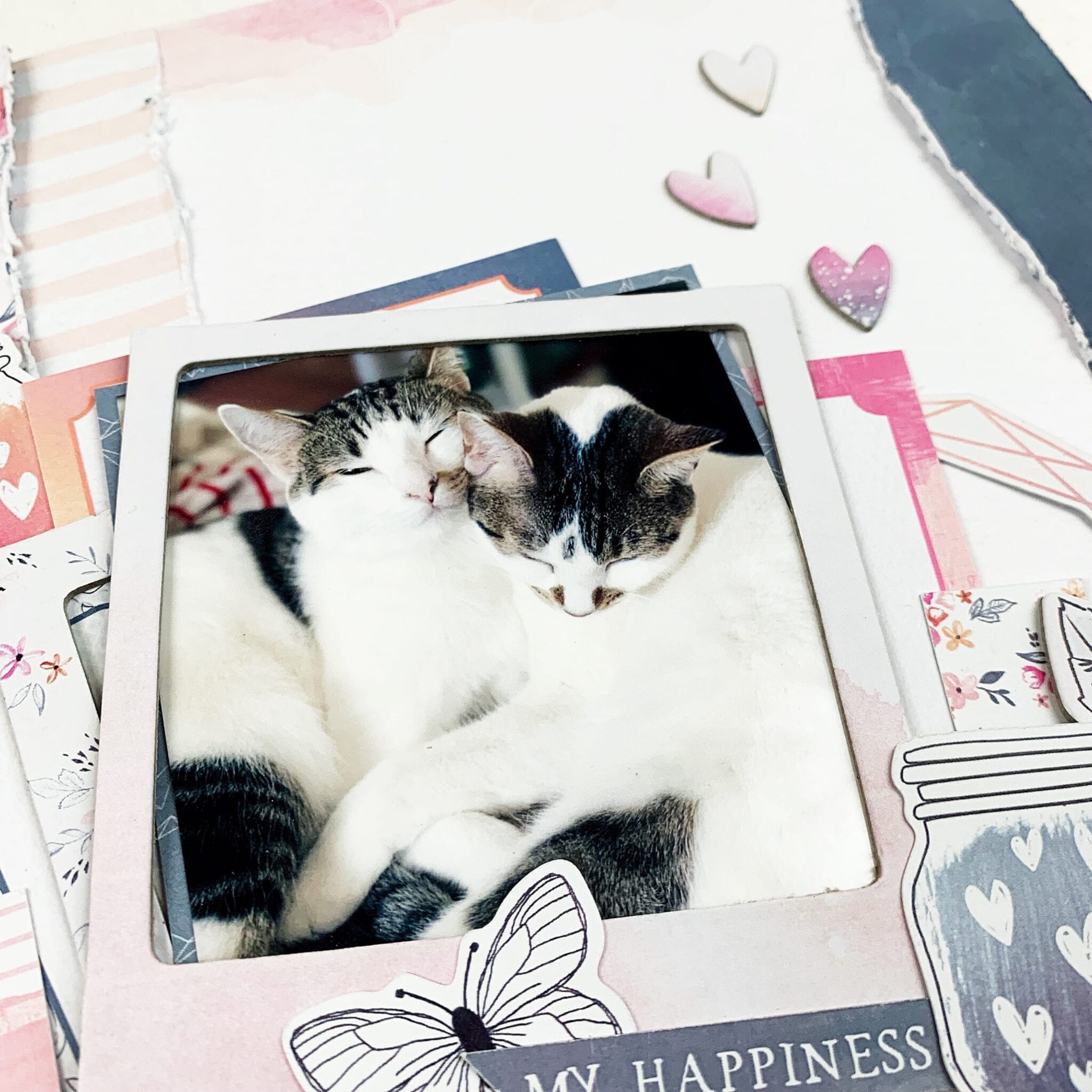 Next, I began to work on my embellishments. I knew I wanted my photo on the relatively white space with the title cascading down and embellishments and ephemera in a horizontal line extending from the photo. I pulled out the chipboard embellishment pack as well as the card-stock stickers and a few labels that I cut out from the cut apart sheet. 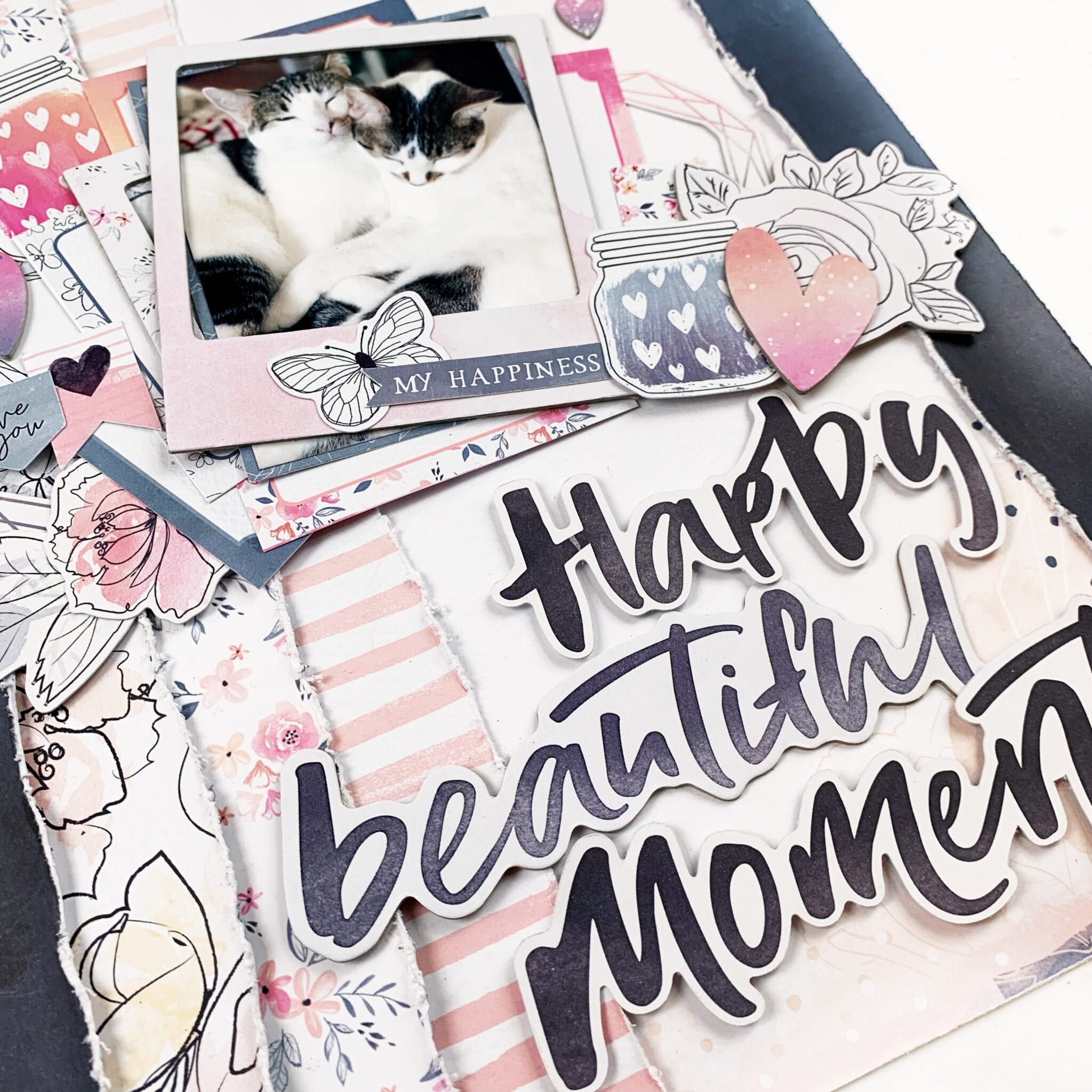 First I chose my title, choosing to mix the texture of cardstock and chipboard. After doing that, I matted my photo on a sheet from the 6×8″ paper pad and then arrange some chipboard frames over top and behind it. Next, I used a mix of the cardstock stickers and the chipboard embellishments to create a cluster to the left and right of the photo. I used a few elements from the ephemera pack but a great majority of the embellishments are stickers. My favorite thing to do with them is to use a powder tool to remove their stickiness and then using them the same way you would use cardstock ephemera. 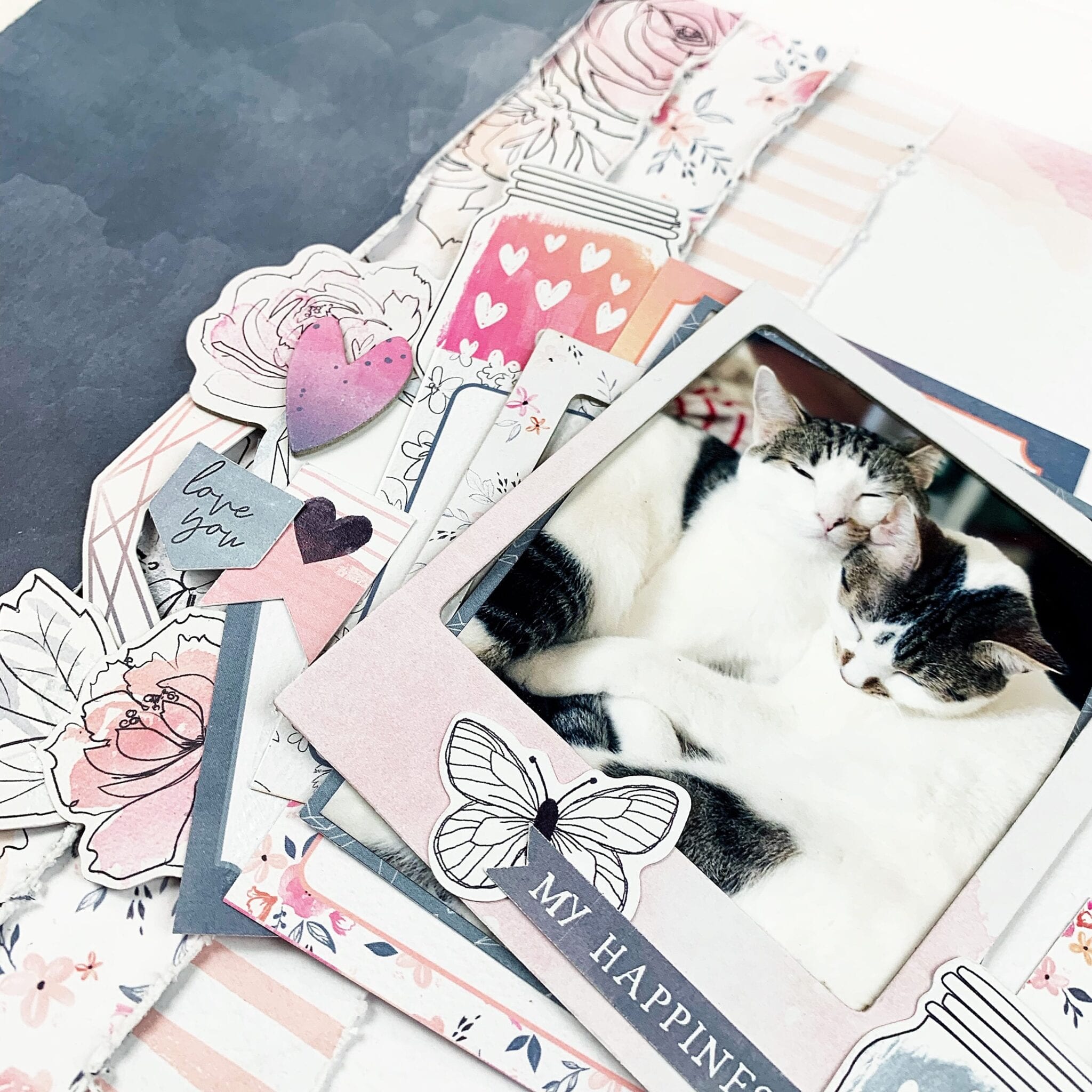 Finally, I glued my cluster down to the page and then placed my title underneath. To add some weight to the the layout and to balance out the bottom heavy feel, I used three chipboard hearts and placed them to the right of the photo and called this layout good. I know I say this a lot, but this is one of my favorite things I’ve made in a very long time.

That’s all I have for you today, friends! I hope you found inspiration here, pull out your patterned paper and photos, and make something fun today. Till next time, keep it crafty friends.